FIRST PERSON: RESPONSIBILITY THAT EACH OF US MUST SHOULDER 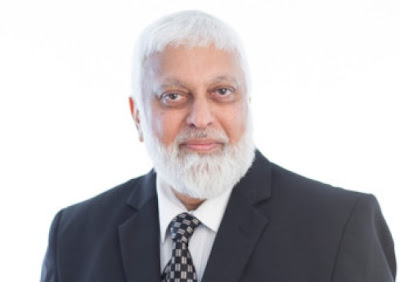 Responsibility that each of us must shoulder

Society should come together and oust radical extremists - wherever they are, says Suleman Nagdi

The cold-blooded murder of Drummer Lee Rigby has once again cast a spotlight on radicalisation and raised questions about its causes. The notion of individuals driven by a particular cause to commit acts of murder and destruction is abhorrent to the majority, but what leads these individuals to shun society and and develop this hatred for their fellow human beings?

There is no faith which condones extremist violence, even though faith is quite often used as a mask to further the extremists' geo-political aims.

The radicalised can also include far right extremists, animal rights activists and separatist movements - ultimately, anyone who sees their cause as a justification for their extremist behaviour.

Unfortunately, we all too often associate radicalisation with Islam. But extremists comprise a very small minority and are predominantly detached from the mainstream Muslim majority.

The 2012 Home Affairs Select Committee report on the Roots of Radicalisation, chaired by Keith Vaz MP, identified a number of drivers for radicalisation which we are familiar with but also suggested that "radicalised individuals come from a wide range of backgrounds" and are "demographically unremarkable".

There can be many sources of radicalisation, including institutions. However, as the home affairs report identified, it is most likely to be the internet.

Disillusioned and disenfranchised individuals are more likely to be using private premises to access extremist sources from the internet.

We must adopt a unified approach to tackling extremism. It is a shared responsibility for all in society and not simply the responsibility of one group, faith or organisation.

This responsibility needs to be borne by our many institutions and centres.

We also need to teach our children the dangers of the internet and must monitor their use of internet sites as the shadowy sources of extremist hate and radicalism are only too easily a click or two away.

From an early age, we need to eradicate any opportunity for extremism to take root in the minds of our young people.

It is very difficult to identify an individual who is being radicalised and therefore we all need to remain conscious of our responsibilities.

There are organisations such as East Midlands Community Contact Unit, of which I am part, and the Channel project, which seeks to provide a multi-agency approach to helping vulnerable people who may be targets for radicalisation.

We need to ensure we don't criminalise these individuals and further disenfranchise them from society but rather look to bring them away from the causes of radicalisation.

Suleman Nagdi is chairman of Leicestershire Faith Forum [sic] and spokesman for the Federation of Muslim Organisations.
Posted by George M Ballentyne at 08:00