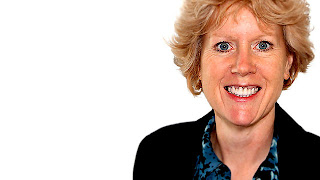 On BBC Radio Leicester this morning, 0800-0830, with Monica Winfield. Our topic is "Faith and Film". No prizes for guessing that the reason for choosing this subject is the current furore over the video posted on YouTube, "Innocence of Muslims".

This is my third appearance on Monica's show this year. The first, discussing forgiveness in February; the second in July, discussing reconciliation. (You can read the blog entries for those occasions by clicking on the each of the topics respectively). Both those times, I was part of a panel of three contributors, to whom Monica would speak in turn. This time, it's been decided to have just two interviewees. I'm booked to appear alongside Dr Halla Diyab, a Muslim film-maker based in Leicester. Her company, Liberty Media Productions, has made a documentary entitled "Breaking the Fast", which follows Jon Ashworth MP (Labour: South Leicester) as he fasted for one day during Ramadan earlier this year. At the end of that day, there was an Open Community Iftar in St Philip's Church, Evington. I was there, along with people from several other communities of religion or belief in Leicester, while a crew from Liberty Media Productions filmed it (though I can't see myself in any of the trailers for the documentary that have been posted on YouTube).

Dr Diyab's credentials for taking part in this feature are impeccable and I'm sure she would have made interesting and thought-provoking contributions to the discussion. But by the time we go on air shortly after 0800, she hasn't arrived at the studio. Monica starts with only me on the other side of the desk and we end up managing the whole thing between the two of us.

When I was booked for this slot, I was asked if I'd seen Innocence of Muslims. At that point, I hadn't, but I wouldn't be happy discussing it if I hadn't seen it, so I watched it in preparation for the programme, along with related material available online, such as US Secretary of State Hilary Clinton's speech responding to the film and to the violent reaction around the world. In my head, I was hoping that Dr Diyab would speak more directly to the topic this morning from her dual position as both a Muslim and a film-maker, while I would contribute more generally on the basis of "the Leicester way" of responding to this kind of thing, with some reference to the Faiths Film Festival that Phoenix Square ran last year during Inter Faith Week (as well as marking the 25th anniversary of the founding of Leicester Council of Faiths). In the end, I get to do both parts - and probably say more about Monty Python's Life of Brian than anything else!

I also get to speak about Interfaith Focus, a charity of which I'm a Trustee. The purpose of Interfaith Focus is to encourage film-makers to produce content which recognises the kinds of inter-faith encounter that are taking place in a variety of settings (formal and informal) all over the world. To record and celebrate what is being done and to encourage more of it. Interfaith Focus is still in its early days, but we hope it will make a positive contribution to relations between faith communities and that there are many positive ways in which people of different beliefs and practices can live and work together.
Posted by George M Ballentyne at 09:00