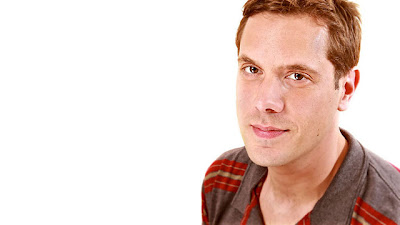 This morning I'm at BBC Radio Leicester, to take part in a live radio phone-in with Jim Davis. This is part of BBC Radio Leicester's Uganda 40 season, that has been running for the past couple of months. Jim has held a phone-in each morning this final week of the season. The topic for today's final programme is "Immigration and Integration: What is the Future for Leicester?"

Given the number of times I've appeared on BBC Radio Leicester, you might be surprised to learn, faithful reader, that this is my first live phone-in. I'm one member of a panel, the others being Richard Bonney (former Professor of Modern History at the University of Leicester) and Surinder Sharma (Chair of The Race Equality Centre). That's the panel in the photo below. 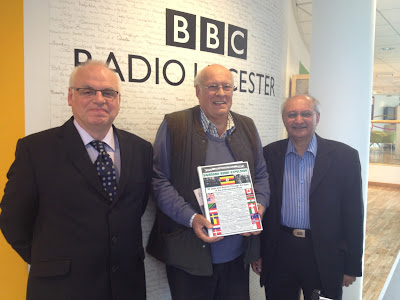 Those who call in during our hour on air offer their own reflections on the impact and significance of the influx of Ugandan Asians 40 years ago, as well as soliciting our comments.


Whatever multiculturalism means, it is under attack as never before. Those who appreciate, celebrate, understand and value it are idealists and optimists in outlook and beliefs, pragmatic and practical in our work.

Certainly, a lively interest and involvement in multiculturalism, with its attendant topics of immigration and integration which we have discussed here today, require the challenging of stereotypes. Every ethnic, national and racial group suffers from stereotyping, my own included. In the end, I'm a member of the human race, a citizen of the world. I'm not a rabid Scot; I don't eat haggis or drink whisky (though I do drink Irn Bru). I never went on the march with Ally's Army nor can I condone the pointless resentful bashing of sassenachs. I lived the first half of my life in and around Glasgow, the second half in and around Leicester. I'd like to think I do my best to combine good elements from north and south of the border. Leicester is my home. I love the place and couldn't imagine living anywhere else now. I'll do whatever I can, in my life and work, to help make Leicester a better place for everyone who lives here.
Posted by George M Ballentyne at 12:00