Before arriving at number one in this top ten countdown for 2009, I thought I'd write a little about a few other events and occasions that didn't make it into the countdown proper, but which still deserve special mention here. 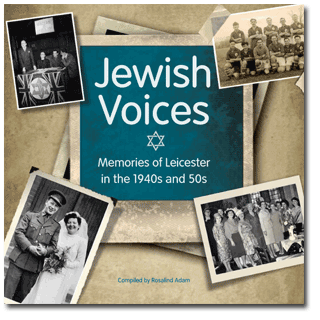 Launch of "Jewish Voices",
Brookfield Bowls & Social Club,
Kimberley Road, Leicester,
Wednesday 11 March 2009
For several months starting summer 2008, around 70 people who had been members of Leicester’s Jewish population in the 1940s and 50s contributed to a mixture of writing and photography workshops, oral recordings, emails, phone calls and letters. This provided raw material for a reminiscence writing project coordinated through Writing School Leicester, published as Jewish Voices. Having taught in the Writing School for the past five years or so, I was involved in the project, contributing editorial support. This launch event for book, touring exhibition and website brought this part of the project to a successful conclusion - and brought forth a great new set of resources at the same time. My work on this project was done in 2008 and my involvement in the launch was to sit at the back of the room, drink tea and eat cake. That might go some way to explaining why, as good as it was, this event didn't get into my top ten then.

Visit to Mosquée de Paris,
Monday 25 May 2009
The flavour of Islam on offer in this delightful mosque differs strongly from that with which we find in Leicester - or anywhere else in the UK for that matter: a clear and enjoyable illustration of the diversity of Islam. I know that's obvious to those who know this sort of thing, but it's still a point worth making. The Paris Mosque was built in 1922 to honour the North African countries that had helped France during World War I and closely resembles mosques to be found in Marrakesh, Morocco. A major renovation of the mosque was completed in 1992 (and there was considerable restoration work going on the day I was there). I spent a few hours at the mosque in a personal capacity on a very hot Monday morning. Being in the mosque was cool and soothing, as well as inspirational. This lovely experience left an impression on my mind and heart that remains strong and sweet - rather like the tea I had in the mosque's restaurant, where little birds with bejewelled anklets flitted around the tables.

National Meeting and AGM of the Inter Faith Network for the UK,
Leicestershire County Cricket Club, Grace Road, Leicester,
Monday 6 July 2009
We could say it was quite a coup to have this prestigious event in Leicester, but the Council of Faiths can't take any credit for it. In fact, we somehow caught wind of this rather late and didn't really make the most of the opportunities that this event presented. The Inter Faith Network for the UK chose Leicester for its major annual and national event. We had the luxury of joining in like other attendees despite the fact it was in our own back yard. We were able to showcase our work and resources to a good number of people from all over the UK. The conference theme was the engagement of young people in inter faith work; the Scottish Inter Faith Council sent a delegation to speak on this theme, made up of young people whom I'd met at the "Beyond Tolerance" event at Glasgow University in June (see number 6 in this list of my top ten for 2009). The Inter Faith Network of the UK published its report of this event online. 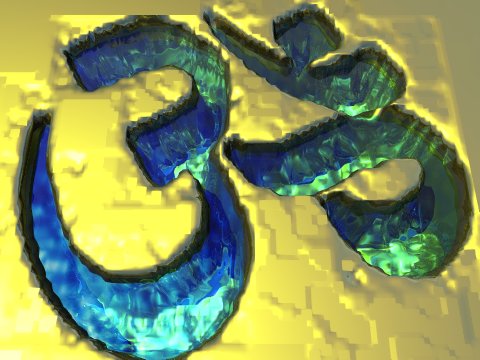 "Exploring the Diversity of Hinduism",
Christchurch, Clarendon Park Road, Leicester,
21 September - 30 November 2009
A ten-week course on Monday evenings, run by Christians Aware. Their courses are almost always attractive and thought-provoking, but I've not been able to commit to one before. I didn't get to every meeting of this course in the end, though I'd rather that I had. I've retained a lively interest and deep affection for many aspects of Hinduism, from my teen years when I read the Bhagavad Gita and Upanishads and listened to recorded recitation of the Vedas. My encounter with Hinduism influenced how I dressed, what I ate and drank, the music I listened to - and in those days I was able to devote a couple of hours a day to yoga and meditation. I found this course refreshing and inspirational. I felt like it put me back in touch with something that had once been central to my life, and has always provided something meaningful, even if it's been in the shadows. Several people whom I met on this course came forward to support the exhibition at Highcross during National Inter Faith Week and I'd like to express my thanks for that here (I have thanked them individually of course). Climate Change Conference,
John Foster Hall, University of Leicester,
Saturday 24 October 2009
I'd been involved in planning this event for well over a year, part of a small group spearheaded by Rev Dr Alan Race. The event was originally planned to span three days in July, be much more international in scope, with speakers and attendees from different countries. It was also intended to be part of the centenary celebrations for St Philip's Church. However, publicity for the event was sent out around the time people started becoming seriously nervous about the recession, so the original plan had to be scaled down to this one-day event. I didn't actually get into any of the sessions, as I sat outside taking registration, pointing out the way to the loos, rustling up refreshments etc. I also had to dash back to the Welcome Centre late morning to pick up some paperwork that should have been on site, so I got to see virtually nothing of the conference itself and didn't hear the speakers or panels. I did these things on the day voluntarily, I should add - but for that reason it hasn't made it into my top ten proper. Those who did take part in the sessions and workshops seemed to feel the benefit tremendously though! A report of this event was published on the World Congress of Faiths website.

Apple Day,
Quaker Meeting House, Queens Road, Leicester,
Saturday 31 October 2009
This might seem out of place at first sight, but I surprise even myself sometimes at how much of my everyday experience can be relevant to my job. This event relates to a common and growing phenomenon that has interested me for a few years now: people who describe themselves as being "spiritual but not religious". There were many things about this celebration of Apple Day that illustrated this principle, in my opinion. It drew together a diversity of people (in terms of age, class, culture, educational attainment) welcomed them all and offered things for them to do appropriate to their needs and interests. On a more subtle level, it used an artifact that has long suffered a negative symbolic status and appropriated it for positive purposes. The use of the apple as something that not only binds us to nature, but also functions as a symbol of national pride, is quite a meaningful step. Over and above all that, there was plenty of apple-based food and drink on offer. A lovely slice of apple pie, combined with custard (surely another symbol of our national culture) was very welcome.
This was the first time I'd heard of Apple Day, but it's an annual celebration, normally held on October 21 each year, of apples and orchards. Apple Day was initiated by Common Ground in 1990 and has been celebrated in each subsequent year at hundreds of local events around Britain. Common Ground describe the day as a way of celebrating and demonstrating that variety and richness matter to a locality and that it is possible to effect change in your place. Common Ground has used the apple as a symbol of the physical, cultural and genetic diversity we should not let slip away. In linking particular apples with their place of origin, they hope that orchards will be recognized and conserved for their contribution to local distinctiveness, including the rich diversity of wildlife they support. More recently Apple Day has evolved into a weekend event, usually taking place on the Saturday and Sunday closest to 21 October. (thanks, Wikipedia!)

This particular celebration was arranged by Transition Leicester, and held at one of the city's most accessible and adaptable places of worship. I think that simply reproducing the programme here will be more effective than me chuntering on about it.

Harry and Grace thoroughly enjoyed themselves; my abiding memory is of Harry peddling furiously on a stationary bike, the energy from which was being used to crush a bucket of apples. He ended up spattered with a lot of apple shrapnel!

I'd recommend a look at Common Ground, the organisation which founded Apple Day. They exist to promote local distinctiveness, have much to say about the "spirit of place" and encourage creation of "Local ABCs". In my mind, this could all be creatively applied to Leicester with great effect - since we're so proud of our diversity. That's work still to be done by someone or an interested group; I'm sure there are more people than just me who have an interest in this.
Posted by George M Ballentyne at 13:43